I have confidence in my understanding of the formal… Those problems are solvable, I solve them, can solve them beautifully. In fact, my idea now is to discount everything I’ve ever learned or been taught about those things and to find something else.     —Eva Hesse

Living in New York in the 1960s, Hesse and Wilke seemed at times to be working on parallel, if not entirely synchronized, tracks. Both turned to sculpture in the mid-1960s, and both became renowned for their experiments with form and materials, teaching sculpture at the School of Visual Arts at different times. Neither artist felt fully at ease with the language of Minimalism, which was ascendant in the New York art scene. As Nairne writes, “Hesse and Wilke shared in the desire to adopt and subvert the strict geometries of Minimalism; softening the language of cool detachment with a sense of physical touch.” Bringing a bodily sensibility to the rigid and sterile structures of Minimalism, each artist in her own way created work that was evocative, organic and sensual.

Central to this pursuit for both artists was the embrace of materials not widely used in sculpture in the 1960s, such as fiberglass and liquid latex. Erotic Abstraction features groundbreaking works from each artist in this highly expressive medium, as well as hybrid relief paintings and experimental works on paper. Ringaround Arosie (1965), made the first year that Hesse became fully engaged in sculpture, features a pair of mounds coming to a point at the center, each made of a spiral of electrical wire. Wilke’s Ponder-r-rosa 1 (1974) is the earliest work still extant by the artist made of liquid latex, a then newly-available industrial material whose use Hesse had pioneered a few years earlier. Presenting blooms made of folded circles of the soft black material bound together by metal fasteners, Ponder-r-rosa 1 shares not only innovative construction techniques with Ringaround Arosie, but also playful titles hinting at the works’ corporeal forms.

The exhibition includes important loans from The Museum of Modern Art, The Whitney Museum of American Art, Williams College Museum of Art, The Hannah Wilke Collection and Archive, Los Angeles, as well as many private collections.

Eleanor Nairne joined the Barbican Art Gallery in London as Curator in 2015. Her exhibitions include Imran Qureshi: Where the Shadows are so Deep (2016), Basquiat: Boom for Real(2017-18) and, most recently, the acclaimed retrospective Lee Krasner: Living Colour, which was shown in 2019 at the Barbican and the Shirn Kunsthalle Frankfurt and is on view this year at the Zentrum Paul Kee, Bern, and the Guggenheim Museum Bilbao. She is currently working on Jean Dubuffet: Brutal Beauty which opens at the Barbican this September.

Eva Hessewas born January 11, 1936, in Hamburg. Her family fled the Nazis and arrived in New York in 1939. She attended the School of Industrial Art, Pratt Institute in Brooklyn, and Cooper Union before receiving her B.F.A. from the School of Art and Architecture at Yale University in 1959. After returning to New York, Hesse worked as a textile designer, and in 1961 she was included in group exhibitions at the Brooklyn Museum and at the John Heller Gallery, New York. Her first solo show of sculpture was presented at the Kunstverein für die Rheinlande und Westfalen, Düsseldorf, in 1965. Hesse began to use latex to make sculpture in 1967, and then fiberglass the following year. By the late 1960s, she gained critical recognition with solo shows at the Fischbach Gallery, New York, and inclusion in many important group exhibitions. In 1969, she was diagnosed with a brain tumor, and after three operations within a year, she died on May 29, 1970.

Hannah Wilke was born Arlene Hannah Butter in 1940, in New York. She attended the Stella Elkins Tyler School of Art at Temple University in Philadelphia, graduating with a BFA in 1961 and B.S. in Education in 1962. She used various mediums to challenge prevailing notions of femininity, feminism, and sexuality, and was one of the first artists to use vaginal imagery in her work with the purpose of directly engaging with feminist issues. From the late 1950s through the early 1970s, Wilke worked on creating a type of female iconography based on the body, constructing abstract, organic forms, often displayed in a highly organized and repetitious manner that recalled Minimalism. A large selection of her early terra cotta sculptures was first shown in 1972 at Feigen Downtown in Ten Painters, One Sculptor, curated by Michael Findlay.  During the 1970s, Wilke began to use her own body for performance pieces as well as photographic work that she called her "performalist self-portraits." She exhibited widely both in the United States and abroad during her lifetime. In the late 1980s Wilke was diagnosed with cancer and struggled with the illness for the last years of her life. Before her death, she documented the ravaging effects of her illness and cancer treatments on her body in a series of self-portraits.  These large, color photographs were some of Wilke's last works before she died on January 28, 1993. 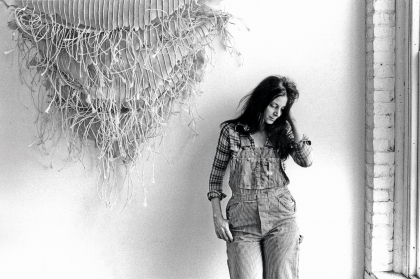 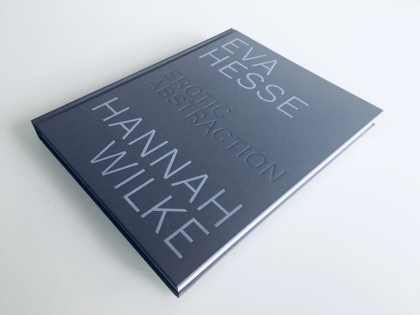 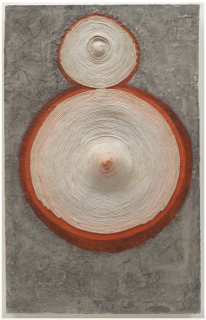 Observer
The 12 Best Gallery Exhibitions Across the Country Opening in Spring March 2, 2020 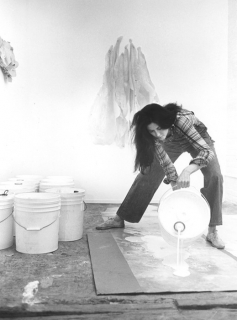 AnOther Magazine
Brilliant Things to do in April April 2020